In compliance with the decision of the Council of Ministers to ban all public events as a prevention to the spread of the coronavirus – COVID-19,

the concert  of the Symphony Orchestra on March 12th, 2020 is canceled. 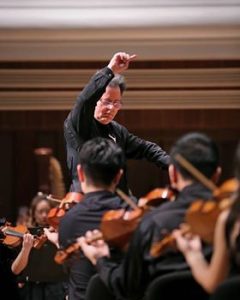 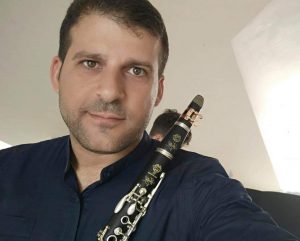 Mario D’Apice, a teenager, discovers his passion for music, thus starting his clarinet studies at the Nicola Sala conservatory in Benevento.  As a pupil he begins to take his first steps in the concert scene by performing both as a soloist and in various chamber ensembles.  After graduation he studied with Maestro Gaetano Falzarano and enrolled in the two-year specialist course of clarinet at the San Pietro a Majella conservatory in Naples, obtaining his studies with full marks.  He has collaborated on the recording of various songs such as John Williams’ Star Wars suite and W. Amadeus Mozart’s Requiem K 626.  He attended numerous master classes with the most famous clarinetists, He collaborated with various orchestras including the I.S.A.  (Abruzzese symphonic institution) the O.F.B.  (Benevento Philharmonic Orchestra) with both the Clarinet and the small Clarinet.  As 1st clarinet, many foreign tournaments such as China, Spain, Malta and many others.

In compliance with the decision of the Council of Ministers to ban all public events as a prevention to the spread of the coronavirus – COVID-19,

the concert  of the Symphony Orchestra on March 19th, 2020 is canceled. 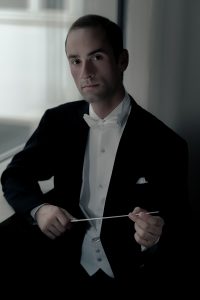 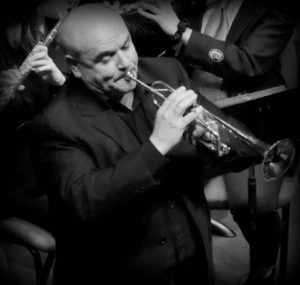 Svetlomir Zlatkov was born in 1992 in the town of Shumen. He started playing the piano at the age of 6, and at the age of 8 he received his first prize from the competition “Classics and Contemporary” in Stara Zagora. Following are numerous honors from national and international competitions as a soloist, as well as in the piano duet with Elitsa Mircheva. At the age of 17, Svetlomir began to study conducting with Slavil Dimitrov. A year later, he was first admitted to the Faculty of Theory of the National Academy of Music, Prof. Pancho Vladigerov “, where he studied conducting with Georgi Patikov and Miroslav Popsavov.

In 2013 he entered the conducting class of Simeon Pironkov at the University of Music and Performing Arts in Vienna. He is currently conducting choral conducting in the class of Thomas Lang.

In his previous career, Svetlomir Zlatkov has worked with various choirs and orchestras in Europe. From the season 2016/2017 he is the conductor of the people and the orchestra of St. Peter in Vienna. In October 2018, he won the Special Jury Prize at the Third International Conducting Competition “Nino Rota” in the Italian city of Matera, and in January 2020 the third prize from the European Union Conducting Competition in Pazardzhik / Sofia. Among the orchestras he has worked with are the Wiener Concert-Verein, the Sofia Philharmonic, Orchestra della Magna Grecia, Italy, St. Petersburg Chamber Philharmonic, Webern Symphonie Orchester, Vienna, Szczecin State Opera Orchestra, Poland, Sofia Symphony, Shumen Symphony.

Svetlomir Zlatkov is also active as a pianist. At the invitation of the conductor of the Viennese Chamber Choir, Webern played Carl Orff’s Carmina Burana in the processing of two pianos and percussion instruments, and also accompanied people in two concerts in Musikverein and Konzerthaus in the performance of Gypsy songs by Brahms. Currently, Svetlomir Zlatkov is an assistant director of the Vienna State Opera, and since the beginning of 2019 he has been conducting the preparatory class for conducting the Vienna University of Music.

He began his trumpet studies in Montserrat (Valencia, Spain) and graduated in the Conservatorio Superior de Música de Valencia where he studied with Vicente Prats and obtained the Honor Extraordinary Prize at the end of his studies. He was also awarded other trumpet prizes, such as the First Prize “Mariano Puig”. He received his PH.D in music from the University of Valencia in 2015 for his research related to the use of mutes in the trumpet playing. He has played as a soloist with the main orchestras and musicians of all over the word and has registered several CDs as soloist of multiple chamber ensembles.

In 2015 he did a tour in Asia for Toyota, as member of the “Convent Garden Soloists Orchestra”.

He is Professor at the Conservatorio Superior de Música “Salvador Seguí” in Castellón (Spain) where he is also the Director of the academic institution.

He is a very talented and professional trumpet player with an important career and has become a prolific musician known internationally for his work in the classical genre.