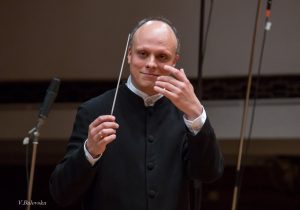 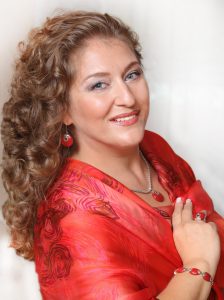 G. Verdi – The duo of Abigail and Nabucco from op. “Nabucco”

G. Verdi – The duo of Leonardo and Graf di Luna from op. “Trubadur”

Gabriela Georgieva is one of the leading sopranos of the contemporary music scene in Bulgaria. She polished her vocal mastery at two of the stars of the Bulgarian opera – the tenor Kaludi Kaludov and the world primal Gena Dimitrova. Gabriela Georgieva began her professional career in 2002 with a debut as Leonardo of Trubadur. She quickly managed to conquer not only the stage of the Sofia National Opera but also many prestigious world theaters. Visits often in Rijeka, Zagreb, Bern, Zurich, Vienna, Rome, Mexico.The last three seasons Gabriela Georgieva makes several remarkable debuts on the stage of the Sofia Opera – in the production of Norma with conductor Grigor Palikarov and under the direction of Ugo de Ana, in the Force of Destiny of the Italian Pierre Francesco Maestrini in the Yanini nine brothers “Directed by Acad. Plamen Kartalov as Leonardo of Trubadur under the direction of Philippo Tonon and Donna Elvira of Don Giovanni in the production of Ugo de Ana and under the music mentality of Anna Tomova – Sintova.These incarnations imposed Gabriela Georgieva as a favorite of the audience not only because of her brilliant vocal technique but also because of her extraordinary ability to capture the hearts of the audience with her voice. Her talent to squeeze the musical details in precision and so saturate with emotion each phrase she makes distinguishes Gabriela Georgieva as an artist who knows how to excite with her art.

He graduated in “Prof. Pancho Vladigerov “Master’s Program in Classical Singing, under the direction of Prof. Maria Belcheva. He is a graduate of the “Gallery of Bulgarian Talents”, of the Boris Hristov Foundation and the Raina Kabaivanska Foundation. He graduated from the Academy of Santa Caterina in Rome and Master Class of Raina Kabaivanska in Modena, with the support of the Boris Hristov Foundation.His repertoire includes the roles of Escamillo from Bizen’s Carmen; Marcel of Puccini’s “Bohemian”; Alfio of Mascani’s “Rural Honor”; Ammonastro from Verdi’s Aida; Igor of Borodin’s “Prince Igor”; Zurga from Bizet’s “Pearl Hunters”; Wagner’s Passifal Clinker; Abimelech of Saint-Sans, Samson and Delilah; Paris from “Romeo and Juliet” by Guno; Šchecalkov from Boris Godunov of Musorgsky and others. Soloist of Sofia Opera and Ballet from 2011 Visits to Germany, Japan, Russia, Austria, Ukraine, the Czech Republic, Hungary, Slovenia and Slovakia. 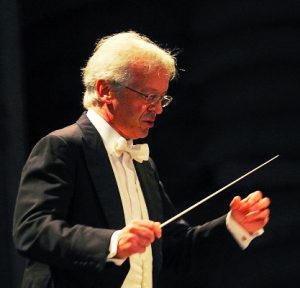 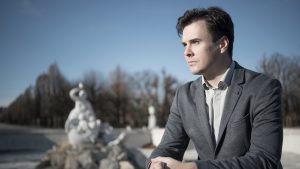 “… Simeon is a pianist who effortlessly transfers the audience into his own invisible world of music.”

The Bulgarian pianist Simeon Goshev is mostly acknowledged for his performances of pieces from the Viennese Classic and his musical interpretations of various styles of the 20th C. This preferences become clear not only from a quick look over his rich repertoire, but also from his MA and PhD dissertations, both dedicated to the works of Igor Stravinsky.

His most recent competition successes have been on the competition Leos Janacek in Brno in 2017 and on “De Bach au Jazz” competition in Athens/Paris in 2018, winning in total three prizes from both competitions.

At present, Simeon is spending most of his professional time between Vienna, where he continues his collaboration with Professor Lilya Zilberstein and regularly performs as a solo and chamber musician, and Sofia, where he is doing a PhD in the National Music Academy under the tutoring of Professor Borislava Taneva.

Simeon obtained his Bachelor degree from the University of Music Vienna in the class of Professor Stefan Vladar and after an Erasmus year in Belgium with Prof. Alan Weiss, returned to Vienna to successfully acquire his MA degree (‘mit Auszeichnung’) after studying with world renowned pianists like Oleg Maisenberg and Liliya Zilberstein.