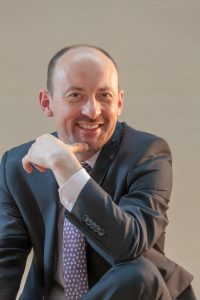 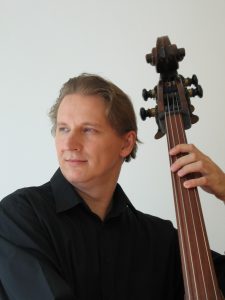 G. Bottesini – Concerto No. 2 for double bass and orchestra

Jacek Mirucki began studying the Double bass at age 13 under the tutelage of Professor Bogdan Szczepanski from Zarembski College of Music in Inowroclaw Poland . In the year 1986 he became a second year student of the Double bass in the Feliks Nowowiejski Academy of Music in Bydgoszcz under professor Wenancjusz Kurzawa. He graduated in 1990.

He furthered his Musical Education in the Hochschule fur Musik and darstellende Kunst in Vienna under the instruction of a famous and renowned Educator and Instrumentalist Professor Ludwig Streicher. He was the only student of Professor Streicher who specialised in studying the Solo Double bass. Jacek Mirucki’s first concert with a Symphonic Orchestra occured in 1983. Since that time Jacek Mirucki has played various concerts in Poland and Abroad, often playing in the Berlin Konzerthaus. He often takes part in international music festivals as a soloist and Chamber Musician, as well as hosting various Master Classes across Europe and Asia.

Throughout his professional career, he has premiered pieces by famous Polish Composer Benedykt Konowalski which were dedicated to Jacek Mirucki, such as Triplex Concerto (Premiered 1996), the Symphony “Requiem II” in memory of the victims of the Heweliusz Ferry disaster ( 14th January 1998) on the fifth anniversary of the tragedy, “Sacra” Symphony (Premiered February 1999).

Jacek Mirucki is a laureate of the Russian Music Festival in Gdansk (1985)  as well as the International Double bass competition in Kromeriz Czech Republic (1992). He has worked with and performed Duets with artists such as Bartlomiej Niziol, Gary Karr, Jarsolaw Zolnierczyk , Tomasz Strahl ,Klaus Lang, Joanna Kawalla. Jacek Mirucki also owns a large collection of Double Basses with a particular affinity to a wonderful 18th century Italian bass with an impeccable timbre by an Unknown Luthier. Since march of 2003 he has joined the Singapore Symphony Orchestra as while holding a lecturing position in the Nanyang academy of Fine arts, The Royal College of Music (London), Raffles Music College and National Institute of Education in Singapore.