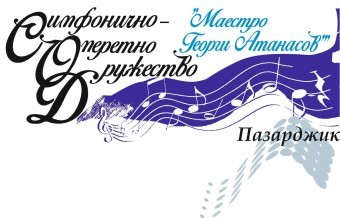 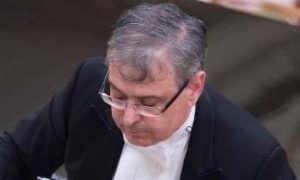 JK. Rossini – Aria of Don Basilio from Op. “The Barber of Seville”

General manager and director of Blue Danube Musikimpresario, Anthony Armore, has a background as a symphonic and operatic conductor, professor, teacher and entrepreneur. Mr. Armore gained many of his impresario skills during his years as a conductor and music director in the United States, where he led a number of orchestras, including the Portland Chamber Orchestra, and was a founder and artistic director/conductor of the Ernest Bloch Music Festival at Newport. He later sharpened his impresario and business skills working with orchestras and opera companies in Europe (including three years as associate director and staff conductor for Opera Constanta in Romania), always keeping in mind the needs of a conductor in professional situations. Maestro Armore is currently the music director and chief conductor of the New Europe Symphony Orchestra based in Sofia, Bulgaria.

Plamen Beykov was born in Svishtov. He graduated opera singing at the Royal College of Music – London and specializes in the famous Bulgarian singer Boris Christoff in Rome. For ten seasons Sally State opera-Rousse. As a concert and cantata and oratorio singer Plamen Beykov had their manifests in the most prestigious concert halls in Spain and Russia – scenes of Auditorio Nacionai – Madrid, Palau de la Musica Catalana and Teatro Liceu – Barcelona, ​​Hall “Tchaikovsky” International House of music – Moscow Chamber hall of the Moscow Conservatory “Tchaikovsky” Great Philharmonic hall – St. Petersburg, and in early 2017 and in the Philharmonic hall in Osaka – Japan and others.

Georgi Vasilev was a student in the tenth grade NMY “L.Pipkov” in  Sofia in the piano class of Mrs. Darina Kantardjieva. The young pianist is an annual participant in the International Festival “Winter Musical Evenings.” He has participated in concerts in Bulgaria and abroad as a soloist with the orchestra “Classic FM” under the baton of maestro Gregory Palikarov. He has won many awards at national and international competitions: “Young Virtuosos”, “Hopes talents, masters”, “Mila Mikhailova,” “Classics and Modernity” and others.