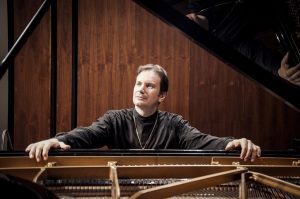 Since 2010 Lyubomir Denev is the main conductor of the Symphony Orchestra of the Youth Symphony Orchestra, Pioneer Philharmonic, with which he performs concerts in Germany, Hungary, Serbia, Greece, Turkey and Bulgaria. Among the most important performances of the orchestra is the Young Euro Classic in 2016 in Concerthaus, Berlin.

From 2012, Lubomir is the conductor of the Sofia Session Orchestra and one of the owners of Four For Music. Up to now, Sofia Session Orchestra Denev has made over 200 sound recordings of contemporary and film music all over the world. Among the composers Lyubomir Denev has written: Enio Moricone, Alan Silvestri, Brian Tyler, Thomas Bergersen, Mario Grigorov and others.

Denev is a conductor and one of the founders of the Balkan Youth Symphony Orchestra, with whom he performs concerts at Varna Summer in 2014 and 2015.

Works, arrangements and orchestrations of Denev’s son are performed in the USA (Miami University), Germany and Bulgaria. In 2017, Denev recorded an album of 7 symphonic works commissioned by music producer Ozzi Bashir.

Lubomir is the author of film music for Bulgarian TV and film productions. He has been awarded numerous awards and awards for compositions from Bulgaria.

Currently he is a PhD student at the National Academy of Music “Prof. Pancho Vladigerov “where he graduated with a master degree in operatic-symphonic conducting. His professors are Professor Plamen Dzhurov and Assoc. Prof. Deyan Pavlov, Prof. Ivan Drenikov in piano and Prof. Alexander Tekeliev in orchestration. He attended master classes of Prof. Colin Metters and the Lithuanian State Symphony Orchestra as well as Martin Okerval and the Symphony Orchestra of Pazardjik.

The Italian pianist Alessandro Marano studied in the Conservatory of Music “Stanislao Giacomantonio” of Cosenza (Italy) with Professor Giuseppe Maiorca where he obtained the Piano Diploma first and then the Artist Diploma as soloist with full marks and honors. Upon graduating from the Conservatory, he attended the International Piano Courses in the Hindemith Foundation in Blonay (Switzerland) where he spent eight years studying with such internationally renowned teachers and performers as Edith Fischer (one of the most famous Claudio Arrau’s pupil) and Paul Badura-Skoda. Mr Marano  attended master-classes with Bruno Canino, again with Edith Fischer at the Centro de Estudios Musicale “A Tempo” in Barcelona and with the great Italian-French pianist Aldo Ciccolini.

Possessing a very solid piano technique, Marano is praised for his seriousness and sensitivity as well as for the depth of his musical interpretations. One of  Mr Marano passions is his study and performance of works by Liszt in particular those less known. His repertory includes the 12 Etudes d’exécution transcendante, the Harmonies poétiques et religieuses and the complete paraphrases and transcriptions from Verdi’s operas. In 2011,  to celebrate the anniversary of the 200 years of Liszt birth, he devoted himself to play a series of piano recitals entirely dedicated to the Hungarian composer including the Fantasy on Hungarian popular melodies for piano and orchestra with the Philharmonic Orchestra “Mihail Jora” of Bacau under the conducting of  Maestro Petronius Negrescu.

He performed and recorded all the Beethoven Piano Concertos under the conducting of Maestro Lodi Luka, adopting the transcription for string orchestra by Vinzenz Lachner.

He is the Artistic Director of the International Piano Festival in Castrolibero (Italy), President of the Amici del pianoforte “Franz Liszt” Association, piano Professor in the Secondary Schools and teacher-assistant in the Conservatory of Music “S. Giacomantonio” of Cosenza.

His playing, as well as his musical intelligence and high motivation, has been greatly appreciated by all the professors. His talent merits most certainly developing further in the best possible surroundings. We wish him the highest successes… Edith Fischer 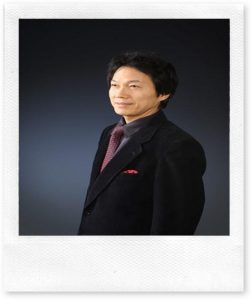 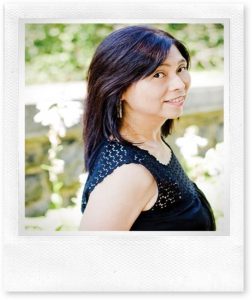 From 1975 to 79,he was the member of Hiroshima Symphony Orchestra as a chief Horn player, while he played Horn as a guest player of Kyusyu Symphony Orchestora,   From 1983 to 88 ,he conducted many Chorus and Orchestras. From1997 until now he conducted Romania Radio Chamber Orchestra in Bucharest and in Japan.

From 1992 to 2004 he was a Professer of Yamaguchi Junior College. From 1992 he is a conductor of Japan Chamber Philharmony. Now he conduct many Orchestra in Europe, in Rusia, in Japan.

From 1992 to 2010,he was the president of “The Vienna Music Tour”. From 1995 he is writing many music essays for Japanese newspapers and magazines. From 1992 to 2011,he was a Executive Committee of “Musicia’s Union Japan”.

He was succeeded six times the Japan tour of Romania Radio Chamber Orchestra 1997-2010 Japan. He was a successful Japan tour of Bratislava Kammer Musikspieler of Slovakia in 2008 and 2005.

I am a School Director in Japan.  I started the piano practice at age four. In 2007 and 2008 I took a piano summer program at Ecole Normale de Musique de Paris and since 2009 I have attended the summer piano programs, IKIF at Mannes College in NYC. I participated in some International r piano competitions, Paris, Boston, Berlin, Texas, and Walzo. In 2014 and 2015 I attended the Piano Texas Concerto competition. 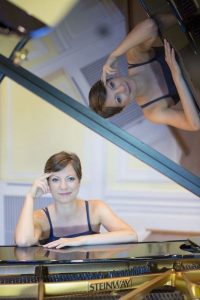 Born in Sibiu, Romania, Ioana Ilie soon became a laureate of numerous national and international festivals and competitions, such as the Constantin Silvestri Scholarship-Competition in 2005. By winning the only prize given Ioana got herself the ticket for a one-full-scholarship-year in England.

Ioana Ilie has performed as a soloist with many conductors and orchestras in Romania, Bulgaria, Germany, Holland, Spain, England, Switzerland, in the US and Japan. Besides her solo performances, the Romanian is much in demand as an accompanist and chamber music partner, but mainly as an improviser, stunning every audience with her incredible talent. Since improvisation is composition in the first place, many of Ioana’s own works have already been heard across Europe.

Ioana Ilie has successfully completed both her Bachelor Degree and Teaching Diploma at the Music Academy Basel, in the class of Prof. Adrian Oetiker. Among other distinguished names that offered her valuable guidance are Stephen Kovacevich (USA), Piotr Anderszewski (Poland), Jan Schultsz (Holland) and Fabio Bidini (Italy). She taught improvisation at the Music Academy Trossingen, Germany from 2011 to 2015 and has been giving courses and recitals on classical improvisation ever since. Ioana Ilie was awarded a three-year scholarship from Notenstein La Roche’s Young Musicians Programme in spring 2014 and is also teaching piano at the Basel Music Academy since February 2015.

G. Puccini – Aria of Mimi in the 1st episode of op. “Bohemian”

The repertoire of the singer includes a rich kaleidoscope of images of the world opera classics: Mozart / Donna Anna from Don Giovanni, Pamina and Countess of “The Magic Flute”, Verdi / Violetta from Traviata, Desdemona from Othello, Leonora from ” Trubadur “, Amelia from Simone Bokanegra), Puccini / Mimi and Musetta from Bohemi, Liu from Turandot, Tossa from the opera / Leonidavalo / Nedda from” Palaji “/, Bellini / Norma from the opera /