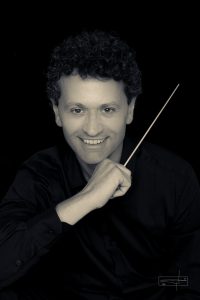 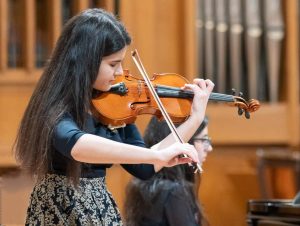 Conductor, Violinist, President of the New Assonances Foundation. The homonymous Orchestra was born within this Foundation, which has recorded the first recordings in modern times of Italian violin compositions for Tactus and Achord Pictures and orchestra (integral of the Pugnani and D ‘Ambrosio Concerts, the Illersberg concert).

He has directed numerous opera productions such as: Aida, Barbiere di Siviglia, La Bohème, Carmen, Cavalleria Rusticana, Don Giovanni, Don Pasquale, L’Elisir d’Amore, Carmen, Madama Butterfly, Nabucco, Pagliacci, Rigoletto, Traviata, A masked ball, Turandot, Trovatore, Tosca (including a performance in the Salone dei ‘500 in Florence, in the presence of the President of the Senate of the Italian Republic Pietro Grasso). The City of Pisa Literary Prize awarded him a special attention prize.

Elia Georgieva started playing the violin at the age of 6 in the community center of her hometown of Dobrich under the teacher Angel Angelov. From an early age, she was invited as a soloist at concerts organized and conducted by him personally.
​In 2009, she moved to the city of Plovdiv, where for the first two years she attended the “Hristo Botev” community center and her teacher was Maria Naneva. During this period, Elia won several competitions organized by the community center. Subsequently, he became a graduate of the “Dobrin Petkov” National School of Music and Dance Art and graduated in the class of Pavel Genov. She performs as a soloist and concertmaster of the school’s symphony orchestra.
She continued her higher education at the National Academy of Music “Professor Pancho Vladigerov” (Sofia) under Assoc. Doctor Galina Koycheva-Mirceva. Elia Georgieva is the second prize winner of the XII academic violin competition dedicated to the 100th anniversary of the “Professor Pancho Vladigerov” NMA. Participated in master classes with noted violinists such as: Prof. Moni Simeonov, Prof. Mincho Minchev, Prof. Nedyalcho Todorov, Prof. Evgeniy Shevkenov, Albena Danailova, Dimitar Burov, Angelina Abadjieva, as well as in a master class in chamber music at the “Ardenza” Foundation “. She is active in festivals such as Varna Summer and Youth Art Festival “Solinaria”.
She participated in concerts of the Youth Philharmonic “Pioneer”, as well as in concerts of professional orchestras such as the Symphony Orchestra of the BNR, the New Symphony Orchestra, the Classic FM Orchestra and others. 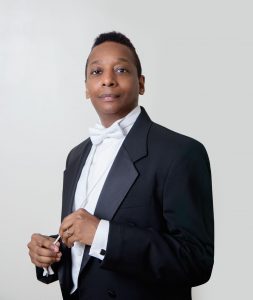 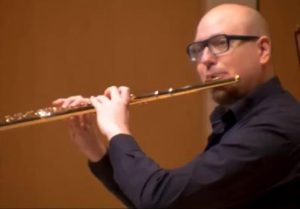 Marlon Daniel is a protégé of the renowned Finnish pedagogue Jorma Panula. He has been described as “a natural and enormous talent” by the Chicago Sun-Times and as “fabulous and exceptional” by Pravda – Moscow. Currently the Associate Conductor of the Florida Grand Opera, he is one of the most dynamic conductors of his generation and is a bright light for diversity in the world of classical music. He has performed in prestigious venues in Asia, Europe and the United States, from Carnegie Hall to the Rudolfinum in Prague. A laureate of the 2018 Bucharest Symphony Orchestra International Conducting Competition, he is also a recipient of the ‘Voice of the Artist’ Award from the United Nations and an Honorary Key to the City of Chicago for Outstanding Musical Achievement. He received his formative education in Europe and the United States and is a graduate of Manhattan School of Music (United States), the Prague Conservatory and the Prague Academy. He also earned diplomas from Le Conservatoire Américain – Fontainebleau (France) and Centro de Estudios Musicales Isaac Albéniz – Reina Sofía (Spain). His conducting teachers have included Jiří Bělohlávek, David Gilbert, Tomáš Koutník, Miriam Němcová and Jorma Panula. He has also benefited from the advice of Sir Simon Rattle as a winner of the John and Mary Virginia Foncannon Conducting Award and Iván Fischer at the Beethovenfest Bonn as the recipient of the James and Lola Faust Fellowship. Mr. Daniel has held positions as Associate Conductor of the Praga Sinfonietta, Guest Conductor of the Pazardzhik Symphony Orchestra and has been a Guest Lecturer at Columbia and Yale Universities. Currently, he is Artistic and Music Director of the Festival International de Musique Saint-Georges, Music Director of Ensemble du Monde and Director of the Diversity in Classical Music Project at Teachers College, Columbia University. In 2019 he joined the faculty Fordham University as Director of Orchestral Ensembles, where he leads the Symphony Orchestra at Rose Hill and the Chamber Orchestra at Lincoln Center. Recently, he has made acclaimed débuts with Chineke! in London, the Havana Lyceum Orchestra, Sofia Sinfonietta, Tatarstan National Symphony Orchestra, the Orquesta Sinfónica Nacional de Cuba. Next season, he will conduct the Orquesta Sinfónica EAFIT in Colombia, Opera Créole in New Orleans, be a Guest Lecturer at Indiana University, Jacob School of Music, and release two new CDs on French label, Alpha Records.

A preeminent musician of Finland and one of the greatest flutists of his generation Sami Junnonen has performed on five continents. A truly unique artists, he has been described as having remarkable mastery of his instrument throughout the whole range of expression, dynamics, pitch and rhythm. A Graduate, with distinction, form the Sibelius Academy, he has also studied at the Conservatoire national supérieur de musique et de danse de Lyon and the Royal Danish Academy of Music. A multiple prize winner in international competitions, he is the former Principal Flutist of the Auckland Philharmonia Orchestra, the Cairo Symphony, the Hong Kong Sinfonietta, the Iceland Symphony and the Royal Northern Sinfonia. Since 2017 he has worked as the Artistic Director of The Sea Lapland International Flute Festival of Finland. He has performed for Finnish Broadcasting Company and Radio, Radio New Zealand, Television Hong Kong and on labels that include Alba Records, Bayerische Rundfunk, Naxos, Ondine, Siba Records and Sony BMG. His new recordings of Mozart Flute Quartets on Resonus Classics have received critical acclaim. Mr. Junnonen performs on 24-carat and 14-carat gold flutes, handcrafted by his sponsor, the Muramatsu Flute MFG. Co., Ltd.