Considered a rising star among today’s generation of young conductors, Bulgarian native Maxim Eshkenazy has been described as a musician of “vigor and intelligence,” who conducts with “complete assuredness and insight.” Called “charismatic and exciting,” by the Los Angeles Times, Eshkenazy marks his fourth season with Pacific Symphony in 2011-12, where he serves as assistant conductor, leading the Family Musical Mornings series and Class Act youth concerts. He also conducts and serves as the music director of Pacific Symphony Youth Orchestra (PSYO). In 2011, Eshkenazy led the PSYO’s first highly successful European tour through Bulgaria, where they performed concerts in the cities of Varna, Plovdiv and Sofia to strong acclaim. Two years ago, with Bakersfield Youth Symphony Orchestra, Eshkenazy completed a successful tour to South Korea, which was also received with great enthusiasm by audience and press alike. Eshkenazy returned to Pacific Symphony’s Summer Festival to conduct the season finale, “Tchaikovsky Spectacular,” following last summer’s “Cirque de la Symphonie,” and his summer debut in 2009 with the Symphony in collaboration with the Orange County affiliate of Susan G. Komen for the Cure, which saw record-breaking attendance. The 2010-11 season also marked the inception of Fortissimo Fest, where Eshkenazy served as music director. The newly-founded festival, underwritten entirely by the America for Bulgaria Foundation, took place in his home town of Sofia, and includes most of the major Bulgarian orchestras as well as orchestras and soloists from the United States. The Fortissimo Fest is a cultural bridge builder and Eshkenazy is pleased to be an ambassador for the arts and integral link between the two nations. At the Colburn School of Performing Arts in Los Angeles, Eshkenazy is the music director and conductor for the Colburn Chamber Orchestra and music director and conductor of the Colburn Orchestra. Members of the Colburn Orchestra traveled with Eshkenazy to Fortissimo Fest in September 2010. Eshkenazy received his early musical training at the Sofia Conservatory before moving to the United States to pursue a double masters’ of music degree in conducting and violin performance at the University of Southern California. He is an alumnus of several world-class conducting schools and workshops including the Pierre Monteux School in Maine, and he was awarded a coveted Conductor’s Fellowship to the newly established American Academy of Conducting at the Aspen Music Festival in the summer of 2000.
Eshkenazy lives not far from the Pacific Ocean in Orange County, Calif. He is an airplane pilot and also has a helicopter license. 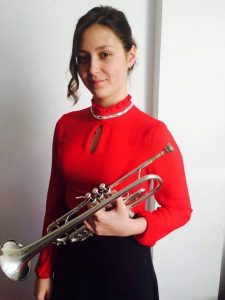 José Eduardo Gomes recently won the 1st Prize in the European Union Conducting Competition, and the Beethoven Prize in the same competition. He’s Principal Conductor of FEUP Orchestra (Porto – Portugal) and also Professor in the Porto Music University, as a Principal Conductor of the School Orchestra. He was Principal Conductor of Center Classical Orchestra (Coimbra – Portugal), Associate Conductor of the Orquestra Clássica do Sul (Faro – Portugal), Principal Conductor of the Orchestre Chambre de Carouge, in Switzerland and principal conductor of the Circulo Portuense de Opera Choir (Porto-Portugal). He began his musical studies with the clarinet in his born town V. N. Famalicão. Later he continued his studies in ARTAVE and ESMAE – Porto, where he graduated in Antonio Saiote’s class. He followed his studies in Orchestral Conducting at the Haute École de Musique de Genève (Switzerland), with Laurent Gay, and choral conducting with Celso Antunes. He was distinguished in several competitions: “RTP Antena 2 Young Musicians Award”, Portugal; ”Competition Marcos Romão” Portugal and “International Competition Villa de Montroy”, Valencia (Spain), in clarinet and chamber music, and in the Portuguese competition “Prémio Jovens Músicos” in orchestral conducting, with the 2nd prize and the special Orchestra Prize, and also Semi Finalist in the “1º Concorso Citta di Brescia Giancarlo Facchinetti” (Italy). José Eduardo is founder of the clarinet ensemble Quarteto Vintage and Serenade Ensemble. In the past few years he has been invited to work with the main Portuguese orchestras, performing in important festivals, such as Dias da Música, Festival de Sintra, Festival PJM, Festival Cantabile, Festival das Artes, Festival de Música de Leiria, FIMA, Música no Colégio, Festival Internacional de Música Religiosa de Guimarães, among others. In Opera, he conducted some productions, such as Mozart “Don Giovanni” and “Cosi Fan Tutte”, Marcos de Portugal “La Donna di Genio Volubile”, Haydn “Lo Speziale”. Another important part of his work is dedicated to youth orchestras, all over the country. In 2018, he was awarded with the “Medalha de Mérito Cultural”, by his hometown, V.N. Famalicão.