Konstantin Ilievski produces from a Bulgarian family of famous musicians. He began to study piano at the age of 5 with Prof. Milena Kurteva in Sofia, and from the age of 13 studied in Bratislava, Slovakia, with Prof. Peter Cherman. Ilievski won other international piano competitions and participated in various international master classes with renowned pianists, such as Prof. Eugene Indzic, Prof. Peter Topperzer, prof.

He has also participated in prestigious conductor masterclasses in Vienna with renowned conductors and orchestras such as Bertrand de Billy with the Webern Symphony of Vienna, Prof. Ralph Vickert with the Pro Arte Vienna Orchestra, Daniel Harding with the Vienna Chamber Orchestra. 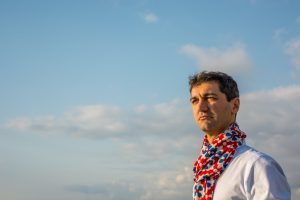