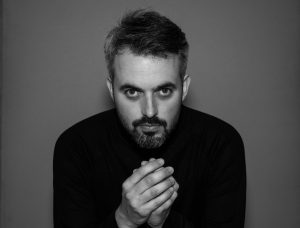 Santiago J. Otero Vela was born in Malaga in 1987, where he studied piano, trombone and percussion, all of them at the Conservatorio Profesional “Manuel Carra”, culminating with notable qualifications. Despite this vast instrumental training, conducting has been his true vocation and he has focused all his efforts on it, always searching for distinctive values and the highest technical and interpretative quality. After his time at the Conservatorio Superior de Música de Sevilla “Manuel Castillo”, during the period 2012-2014 in the speciality of Choir Conducting, he was part of the Academy of Orchestral Conducting “Opus 23” (Madrid), under the tutelage of Andrés Salado and Miguel Romea from 2015 to 2017. In addition, he has had the opportunity to study and receive advice from masters of national and international stature such as Pablo Heras – Casado, Álvaro Albiach, Miquel Ortega, Karel – Mark Chichon or in the field of vocal conducting with Basilio Astulez or Marco García de Paz or Sir Stephen Cleobury (CBE). He was selected to take part in the prestigious “Internship Basel” in 2019, at the Musik-Akademie Basel (Switzerland), being a student of mtro. Rodolfo Fischer or the prestigious teacher Johannes
Schlaefli (ZdHK). In 2020 the RNCM (Manchester) included him in its masterclass, working with the conductor Mark Heron on the opera “Peter Grimes” by Benjamin Britten and in 2021 he was a student participant in the Masterclass of the Orchestre National de Metz, under the tutelage of its director, David Reiland. He has had the opportunity to conduct numerous national ensembles such as the Orquesta de Extremadura, Orquesta Filarmónica de Las Palmas de Gran Canaria or the Coro “El León de Oro” (Asturias), as well as international ones such as the Varna State Opera Orchestra (Bulgaria) or the Royal Northen College of Manchester Orchestra and HEAR Orchestra (Strasbourg). In December 2018 and 2019 he is one of the assistant conductors for the staging of G. F. Häendel’s “Messiah” at the Teatro Cervantes in Malaga, organised by the CaixaBank Foundation, working with the British conductor Edward Higginbottom and his ensemble “The Instruments of Light and Truth”.
He is currently completing his studies at the Conservatoire à Rayonnement Régional de Strasbourg (France) with conductors Miguel Etchegoncelay and Theodor Guschlbauer as mentors, which he combines with the start of his professional career.
In January 2022 he will conduct the Witold Lutowslaski Chamber Orchestra of Lomza for the first time in Poland. Upcoming projects will take him to conduct in Portugal (Braga Philharmonic Orchestra), Bulgaria, Italy and Luxembourg (Luxembourg Philharmonia). He is the chief conductor of the ensemble “Malaga Camerata”, with which he carries out numerous projects based, above all, on the recovery and performance, sometimes for the first time, of pieces from classicism and early romanticism. He is one of the most versatile and eclectic conductors of his generation, this being his main characteristic. His repertoire is so varied that it ranges from renaissance vocal polyphony to the zenith of German romanticism.
In 2022, he was selected by the Paris Mozart Orchestra to be a student of its masterclasses throughout the academic year, under the supervision of its conductor, Claire Gibault.

Darina Dikova was born on 23.07.2000 in Sofia. She graduated NMS “L. Pipkov” with a degree in piano as a first of the class. She studied at NMA “Prof. Pancho Vladigerov” with a major in piano under Prof. Dr. Borislava Taneva. She is a laureate of national and international competitions in Bulgaria, Austria, Czech Republic, Italy, Serbia, Greece and Finland.

She won “Student of the Year” Award in the “Arts” category, First Place for 2021, as well as an Arts and Culture Excellence Award and Scholarship from the NFC. She has been a soloist with the Symphonietta Orchestra, Classic FM Orchestra and Sofia Youth Philharmonic Orchestra. She has also performed solo concerts in Sofia, Burgas, Shumen, Bratislava and Brussels.

At the NMA “Proff. Pancho Vladigerov” he studied piano, organ, dulcimer and composition. 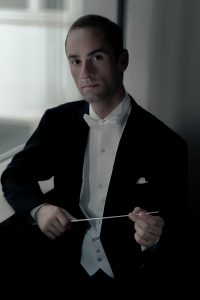 Svetomir Zlatkov was born in 1992 in Shumen. He started playing on piano at the age of 6. He took his first award in the “Classical and Contemporary” festival at the age of 18. This was followed by numerous prizes at national and international competitions as a soloist and in a piano duo with Elitsa Mircheva.

At the age of 17 Svetomir began to study conducting under the guidance of Slavil Dimitrov. A year later, he started as first accepted the Theoretical Faculty of the National Academy of Music “Profs. Pancho Vladigerov, where he studied conducting with Georgi Patrikov and Miroslav Popsavov.

In 2013, he entered Simeon Pironkov’s conducting class at the University of Music and Performing Arts in Vienna, graduating with honors in 2018 with a public concert of the Austrian Radio Symphony Orchestra in the Musikverein’s Golden Hall. He is currently studying choral conducting in the class of Thomas Lang.

In his previous career, Svetomir Zlatkov has worked with various choirs and orchestras in Europe. Since the 2016/2017 season, he has been conductor of the choir and orchestra of St. Peter’s Church in Vienna. In October 2018, he won the Special Jury Prize at the Third Nino Rota International Conducting Competition in Matera, Italy, and in January 2020, the Third Prize at the European Union Conducting Competition in Pazardzhik/Sofia. Among the orchestras he has worked with are the Wiener Concert-Verein, the Sofia Philharmonic, Orchestra della Magna Grecia, Italy, St. Petersburg Chamber Philharmonic, Webern Symphonie Orchester, Vienna, Orchestra of the State Opera in Szczecin, Poland, Symphonie Sofia and Symphonie Shumen.

Svetomir Zlatkov is also active as a pianist. Upon the invitation of the conductor of the Wiener Webern Chamber Choir, he participated in the performance of Carl Orff’s Carmina Burana in the arrangement for two pianos and percussion, and accompanied the choir in two concerts at the Musikverein and Konzerthaus in the performance of Brahms’ Gypsy Songs.

Svetomir Zlatkov is currently assistant to the choral director of the Vienna State Opera, and since the beginning of 2019, he has been leading the preparatory conducting class of the Vienna University of Music.

Antonia Mircheva started playing the flute at the age of 10 at the National Music School “Lyubomir Pipkov” in the class of As. Dr. Iva Lyubomirova, where she continues her studies and currently, as a 4th year student of the National Academy of Music “Prof. Pancho Vladigerov”.

She has been a soloist of many orchestras in the country and abroad. She has actively participated in master classes of prof. Deyan Gavric, prof. Georgi Spasov, prof. Andras Adorian, Mario Karoli, Kirsten McCall, Paolo Tabaglione, Philippe Bernault and many others.

He regularly records for BNR and BNT