Soloists: students from the vocal faculty of the National Academy of Music “Prof. P. Vladigerov” – Sofia

In the program: opera arias by famous composers

Nseobong E. Ekpo has been selected as a 2018 semi-finalist in two categories of The American Prize; The Ernest Bacon Award for programing of American music, and the Professional Conducting Award. Ekpo has conducted internationally in Bulgaria with the Pazardjik Symphony, China with the Beijing Opera Company, and Japan with University of Washington Wind Ensemble.  His primary conducting teachers have been Peter Eros, Donald Portnoy, Tim Salzman, and master classes with Gustav Meier. A scholar and advocate for programing, Ekpo presented at lecture on Orchestral and Band Music composed by African-American composers at the 2017 National Association for Music Education conference in Bellevue, WA. Ekpo earned four degrees: a Bachelor of Music in Music Education, a Master and a Doctorate in Orchestral Conducting, and a Master of Business Administration.

Erica Johansen holds a Master of Music degree in violin performance from the University of Washington where she was concertmaster of the University Symphony. Johansen earned a Bachelor of Music degree from the University of Puget Sound where she studied with Ed Seferian. Other teachers have included Rochelle Walton, Kyung Chee and Rene Staar of the Vienna Philharmonic. Johansen was a ten-year member of Symphony Tacoma, is concertmaster of the Lake Union Civic Orchestra, and performs with the new music ensemble Scrape. She lives in Seattle, Washington with her husband and two young children. 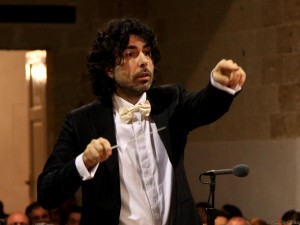 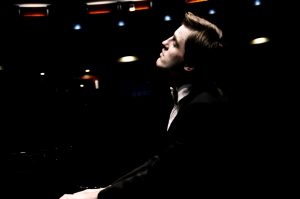 He is artistic director diffrent concert series and festivals in Germany (Heinsberg, Aachen, WIndeck, Geilenkirchen and Monschau) and gave several masterclasses at different music universities in China and Europe since 2012. From 2015 to 2017 he was teaching piano at the music university Cologne.

CONCERT OF THE PARTICIPANTS IN THE MASTER CLASS OF PROF. LAURANT GAY